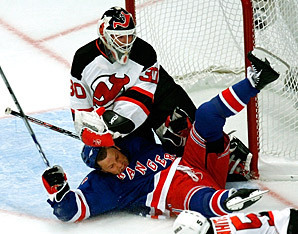 Here at Down Goes Avery, I used to have exclusive access to several top secret documents and confidential information surrounding the Devils and the NHL.  It's been a while, but with Martin Brodeur Night quickly approaching, I decided I should deploy my top agents and find a transcript of Marty's speech.  Low and behold, my agents did not let me down and I am posting the speech for all of you to read.*

*Disclaimer: None of this should be taken too seriously.


First of all, thank you fans and to the New Jersey Devils organization for honoring me on this monumental night, even though I didn’t recognize anyone in the front office when I walked in here this morning.   I also want to thank the St. Louis Blues for letting me take the night off.  There comes a point in every player’s career where he realizes it’s time to retire; luckily for me, I only realized it two years late.  There have been times when I regret retiring, including last weekend, when I realized that I had more points than some of this year’s All-Stars, but for the most part, I am enjoying my new life.  It took some time adjusting to my new role, especially every time we get a new delivery of pucks to the arena, I have to remind myself not to stop them, and also not having 17,000 people shouting your name every night, but hey, sometimes Doug Armstrong shouting at me can be louder than 17,000 people!
See complete post >>
Written by Unknown at 9:24 PM Click for specific DGA post 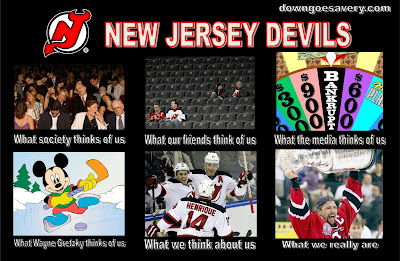